Here are some of the dog diseases, sickness and illness discussed for your information.
Pets : Dogs : Dog Diseases 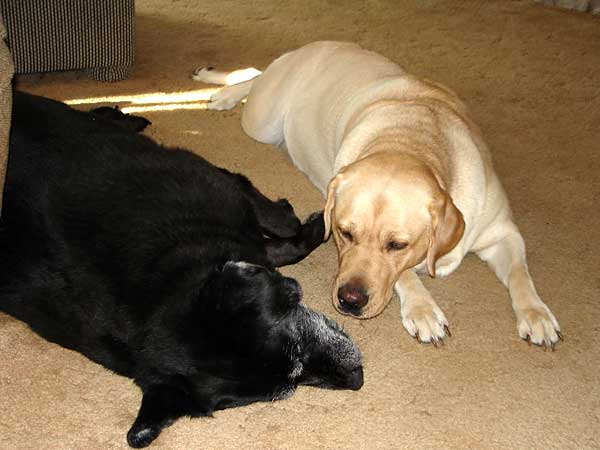 Though there are many types of dog diseases that should be handled by the specialized veterinarians only, we will discuss some of the common ones and touch upon the various subjects lightly, to get a general idea about our beloved pets. The canine diseases can broadly be classified into genetic, parasitic, viral and bacterial dog diseases. Every disease has its own particular cause but symptoms that the dog is ill, is often clearly visible to the pet owner due to the change in the dog's behavior. While there are more than 300 diseases of canines that can be attributed to hereditary, the most common ones are:
However, their impact can be largely checked by careful breeding practices, inexpensive vet treatments and minor surgeries. Some diseases are specific to dog breeds such as Sebaceous adentitis to Poodles, in which hair loss occurs and coat becomes greasy; and bladder stones in Dalmatians, which can be checked with proper breeding and low-protein diet.

Internal parasites in canines can be Protozoa or worms. Heartworm larva can get into dogs through mosquito bites. External parasites are usually fleas and ticks that are hosts to tapeworms and protozoa respectively. These parasites invade the digestive system and blood streams of the dogs and may cause diseases
They should be attended to quickly, as severe protozoa infections may prove fatal. However, most of the dog diseases, especially the infectious ones, are those that are caused by viruses and bacteria.

Clothes for your Dog

How To Select Dog Collar

How To Adopt A Dog

How to Build a Dog House

How to Stop Dog Digging

How to Tell the Breed of Dog

How to Potty Train a Puppy

How to House Train a Dog